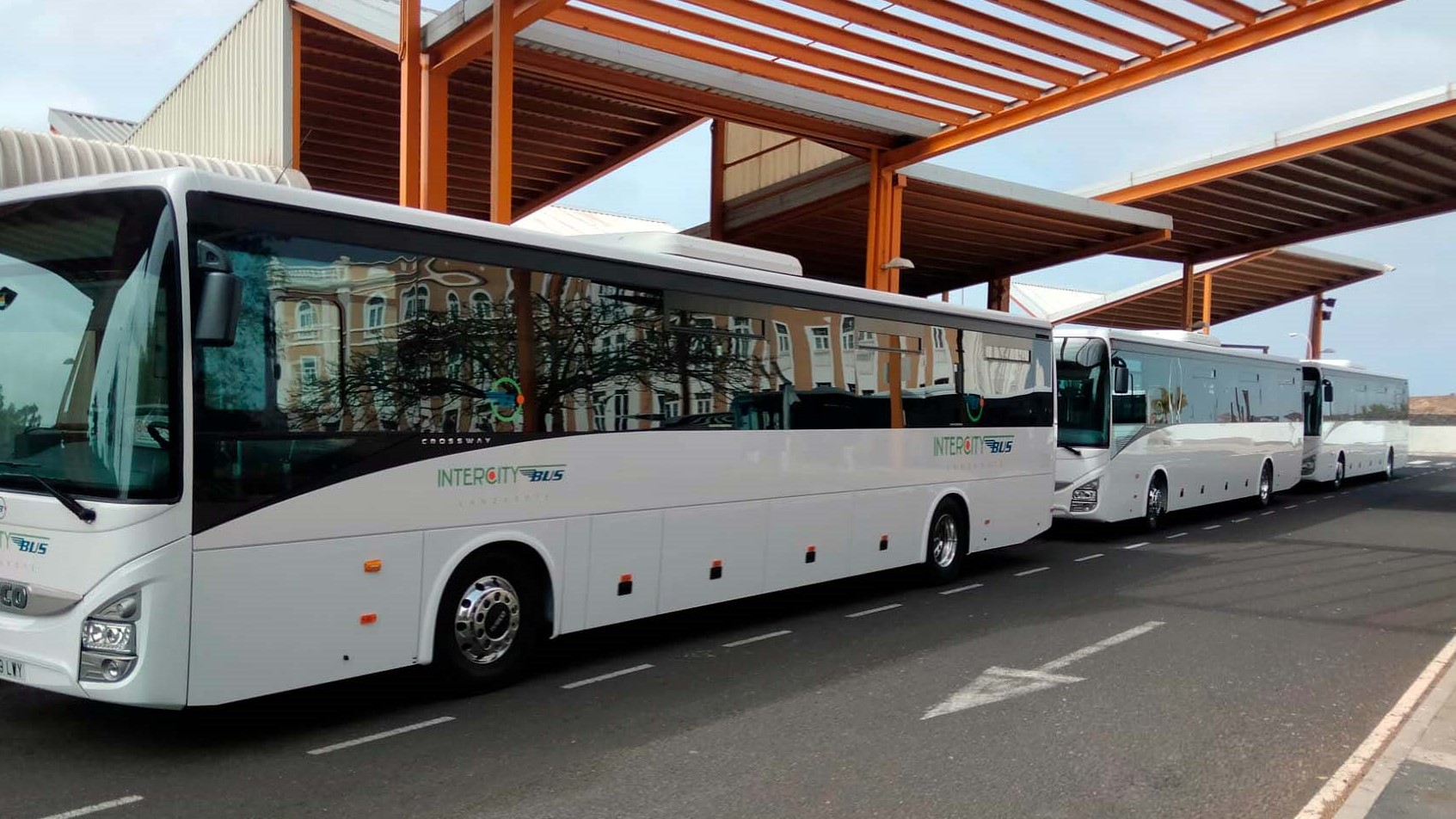 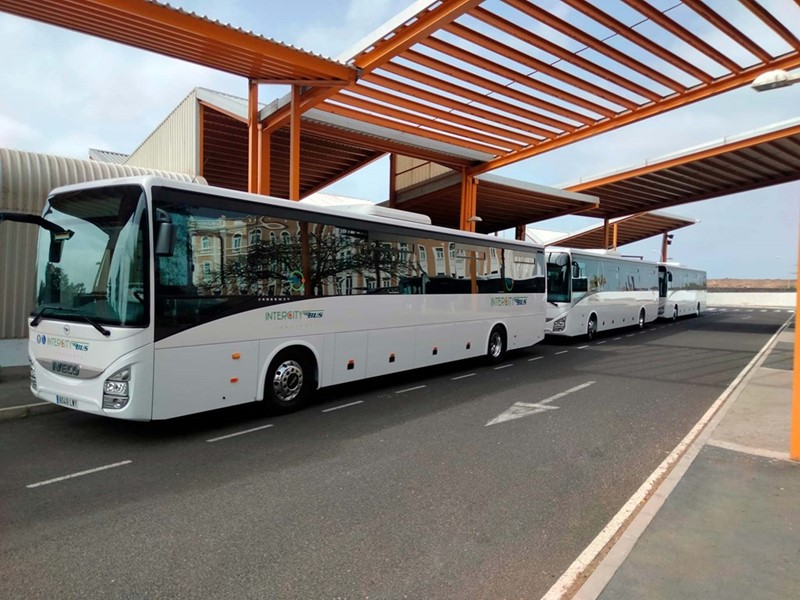 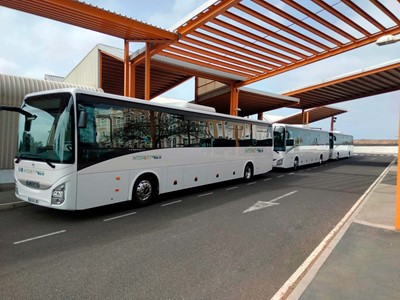 Intercitybus Lanzarote, the municipal transport company of Lanzarote, has acquired five new CROSSWAY Line aimed at improving and strengthening the interurban service of the island.

Lanzarote's intercity transport bus network welcomes five new CROSSWAY, with the aim of partially renewing its current fleet of 54 vehicles. The municipal company of the Island, Intercitybus Lanzarote has once again relied on this low emissions model, accessible to all users, which will contribute to strengthen the island’s interurban service.

During the ceremony that took place last week, the president of the Cabildo de Lanzarote, María Dolores Corujo, the Minister of Transport, Marcos Bergaz, and the General Director of Intercitybus Lanzarote, Esther Cabrera, were present and said about the CROSSWAY "It’s a benchmark for urban and interurban missions. The first six CROSSWAY were acquired in 2011 and from then on and due to the good results in terms of low CO2 emissions, driving, comfort and safety for the passengers, the good performance of the vehicles and the service offered by the brand, led us to renew our trust to  IVECO BUS and specifically to the CROSSWAY."

"At the moment we have more than forty units and intend to acquire three more before the end of the year. The CROSSWAY remains a safe bet for us." added Esther Cabrera.

Designed for intercity and school services, the CROSSWAY is the ideal vehicle for the transport of passengers for short and medium distances.  It stands out for its reliability and safety, its performance, as well as its design keeping both the passenger and the driver in mind.

The strength of IVECO BUS is its ability to adapt its vehicles to the special needs of the users. Thus, the CROSSWAYS are fully compliant with all legal requirements for disabled passengers. They are equipped with an electric ramp for people with reduced mobility easy access, as well as acoustic accessories for the visually impaired and “stop request” buttons in Braille.  More specifically, these five vehicles have an information system accessible to the users via audio and video, with screens inside and outside and audio announcements telling passengers the stop they stand at and the next stop to come. They also include USB sockets, double glazing, separate air conditioning for the passenger’s compartment and the driver’s space.

Available in three lengths (10.8 m - 12 m - 13 m) and offering up to 63 seats, the CROSSWAY is positioned as the most versatile vehicle in its class for intercity transport, offering even more space for passengers' luggage in its longest length.   The cockpit has been significantly improved to provide the driver with a comfortable and smart environment. The main functions are easily and safely monitored by the controls located on the steering wheel and the integrated display cluster, which includes the air conditioning controls of the driver's area and the passenger compartment, as well as heating.

With the CROSSWAY, Intercitybus Lanzarote chooses the undisputed leader of the market in its segment. Today, one out of two intercity vehicles registered in Europe is a CROSSWAY.

IVECO BUS is a brand of Iveco Group N.V., a global leader in commercial and specialty vehicles, powertrain, and financial services, listed on the Borsa Italiana in Milan.

-  minibuses for all passenger transport missions.