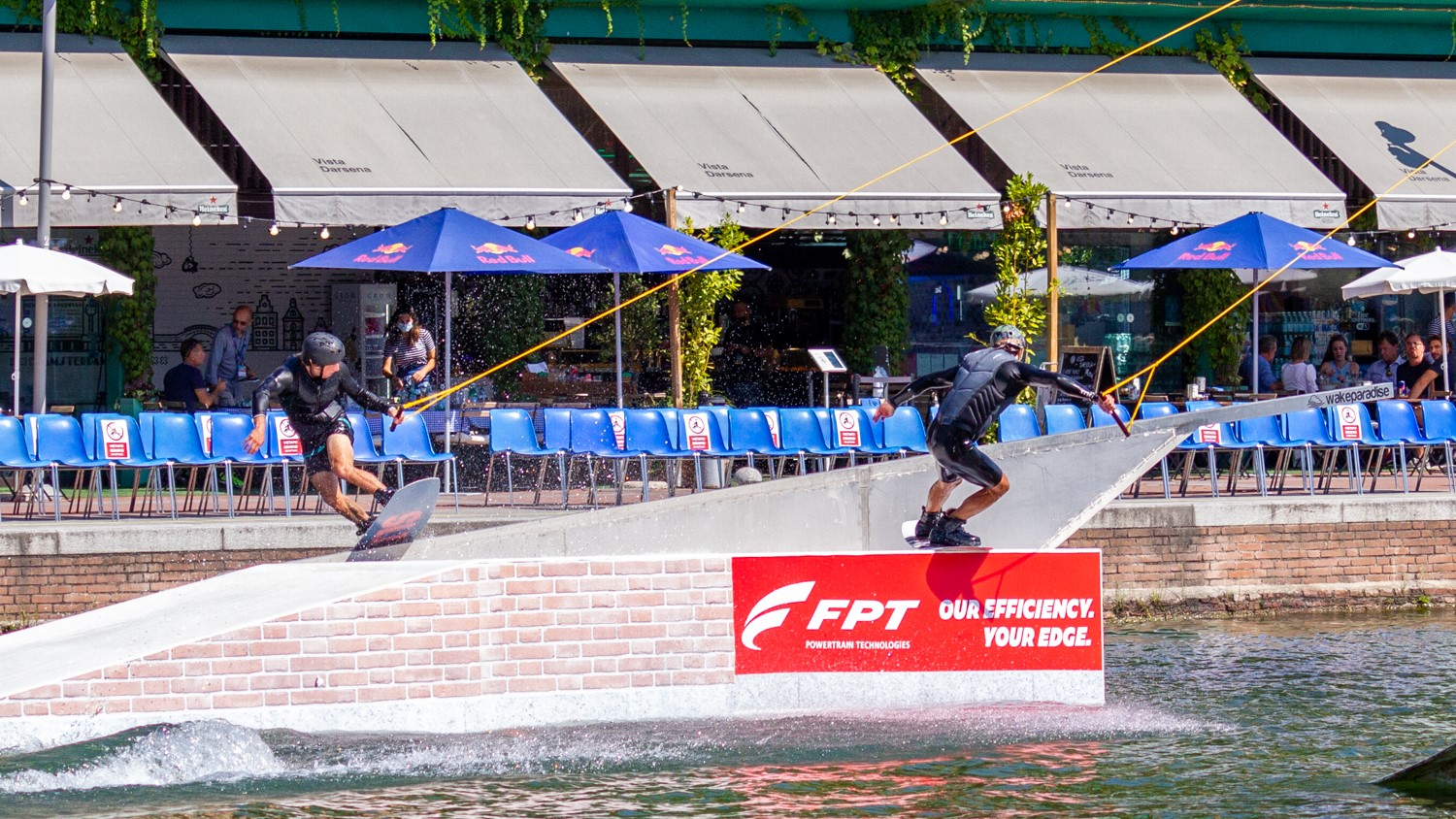 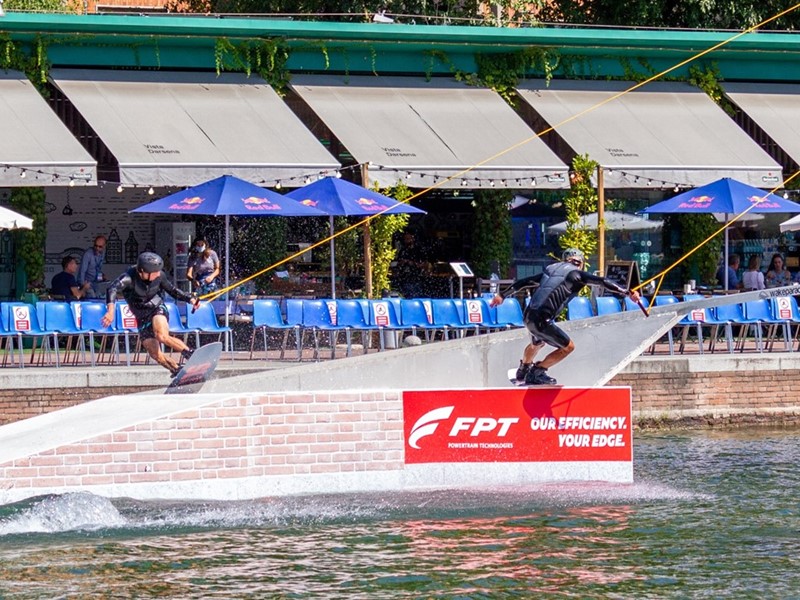 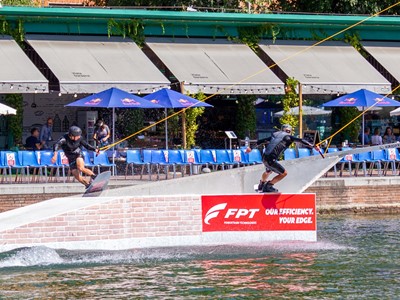 Devilish ramps, breathtaking stunts, the most daring champions – and, above all, energy levels off the dial!

But rather than some sun-drenched beach in Australia or California, we’re talking about the center of Milan, at the Darsena waterway. On 4 September, it will play host to Red Bull Wake The City, Milan’s most spectacular summer event featuring world-class wakeboarders and FPT Industrial as the Official Technical Partner.

For its first collaboration with Red Bull, the leading energy drink, FPT Industrial chose wakeboarding, the spectacular water sport that grew out of a blend of water-skiing and snowboarding. Wakeboarding features athletes pulling off spectacular jumps and near-impossible tricks on boards towed by a boat.

The competition in Milan will be held in the Cable Wakeboarding format: instead of a motorboat, the athletes will be pulled by equipment that closely resembles a ski lift and will challenge each other in pairs in a special arena powered by FPT Industrial. The brand will supply power generation range engines in a special livery created for the occasion that represents the Darsena and the race course in a “street art” style. Generators with FPT Industrial engines will provide, with their sustainable, reliable and silent energy, all the power needed for the smooth running and success of this high-adrenaline event: the obstacles, lights, music and stage through to the jury, stage direction and speakers and, most importantly of all, the cables that allow the athletes to perform their incredible stunts.

Even a floating obstacle, where athletes will put on their “wings” to carry out their aerial stunts, will be FPT Industrial branded. FPT Industrial will also have its own stand within the Darsena area dedicated to its Power Generation systems.

The undisputed star of the competition in Milan, and an FPT Industrial ambassador for the event, will be Massimiliano Piffaretti, a highly acclaimed global wakeboard superstar. Born in Como in 1995, Massimiliano Piffaretti was world wakeboard champion in 2015 in Cancún and named Rider of the Year in 2019 by Alliance Wake. In 2019 he also secured the World Beach Game Champion title and became European Champion.

In addition to competing in the event, “Piffa”, as he is known to his friends and fans, will meet journalists and provide live commentary on his rivals’ performances.

“I'm really grateful to have been chosen as an ambassador by FPT Industrial, a brand with lots of power and energy that cares about the sustainability of our water,” remarks Massimiliano Piffaretti. “I get such an adrenaline rush from competing in the big Red Bull Wake The City event powered by FPT Industrial generators. I can’t wait to take on the challenge alongside all the strong athletes who will be competing.”

“For two brands that are built around energy, like Red Bull and FPT Industrial, I’d say that collaborating is almost natural,” comments Carlo Moroni, Head of Communication at FPT Industrial. “It’s a pleasure for us to contribute to the event by bringing our power generation engines, which, with their sustainable, reliable and silent energy, will contribute to the smooth running and success of this event: above all the cables that will facilitate incredible stunts, but also lighting, music and stage direction.”