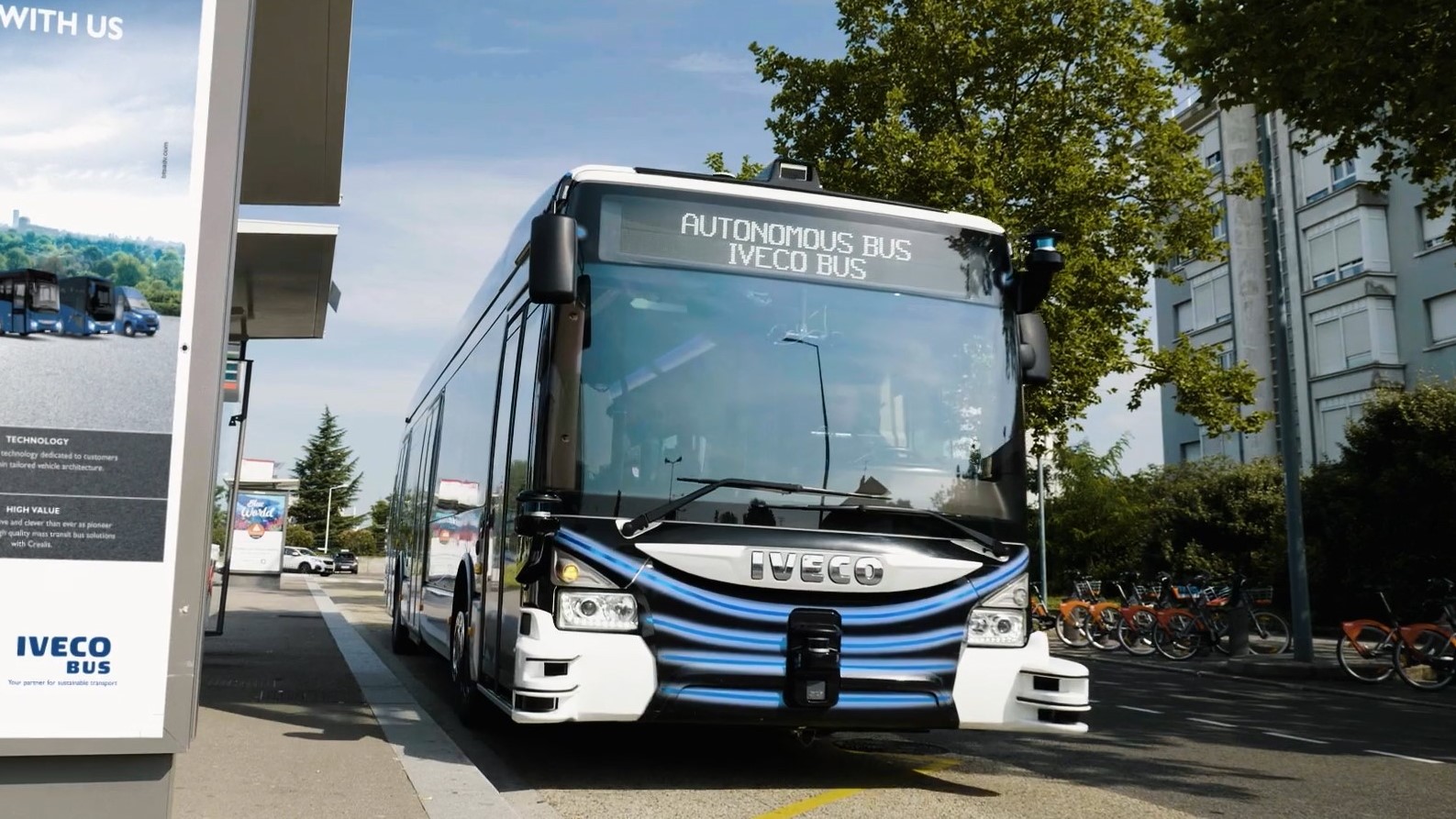 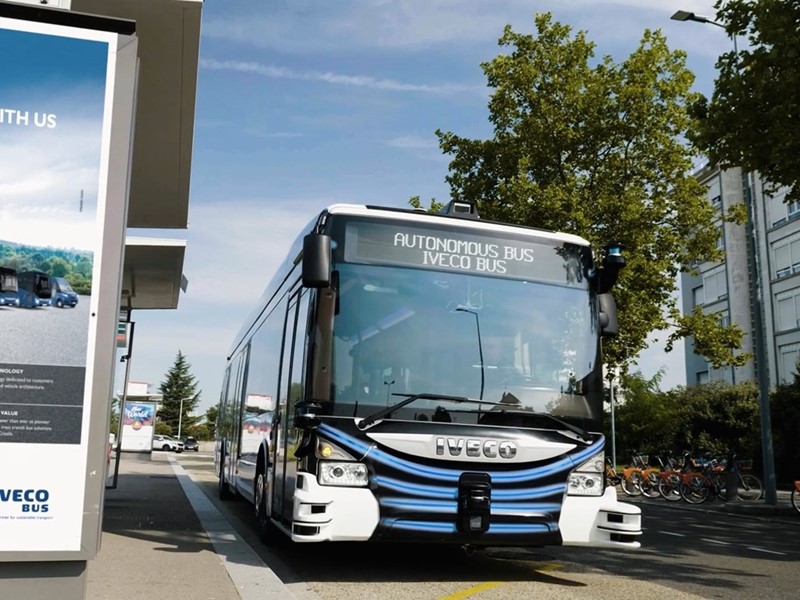 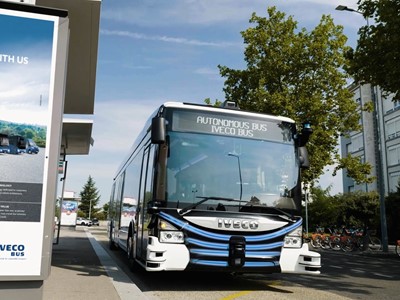 This comes after successful testing as part of the multi-partner STAR (Rapid Autonomous Transport System). The bus has proven feasible for autonomous operations in bus rapid transit (BRT) lanes as well as on private sites.

It marks a crucial milestone for the progress of autonomous transport in Europe. Connected and automated transport systems are deemed “critical if the European transport-related industry is to preserve and consolidate its global competitiveness”.

With a length of 12 meters, the bus can carry up to 100 passengers comfortably and safely. Technologies integrated into the bus include safety controls and navigation software. EasyMile also contributes what is one of the most advanced fleet management solutions and one of the first fully dedicated to autonomous vehicles.

The EasyMile and IVECO BUS’ joint-developed vehicle has undergone extensive testing and development at the Transpolis proving grounds as well as IVECO BUS and EasyMile’s own test sites. It has driven in different seasons and weather conditions, reaching peak performance at this stage.

This includes the autonomous driving system (ADS) embedded in the bus enabling it to repeatedly dock at stations within less than 10cm. This is particularly important as it improves accessibility, especially for wheelchairs users. Maximum speeds reached by the bus in autonomous mode demonstrated that the technology also performs well at 40km/h. Further tests indicated that the software provider’s multimodal localization technology in particular is also effective at autonomous speeds over 70km/h. Vehicle to infrastructure (V2X) capabilities allow the bus to anticipate traffic light phases, meaning smooth stopping and starting as well as lower energy consumption. Manoeuvre and stopping precision also enable automatic parking in the depot.

“We are very proud of this new collaboration with IVECO BUS, a recognized leader and expert in public transportation, which comes after our successful joint STAR project started in 2017. It also shows the maturity of our technology. Autonomous technology brings a series of benefits to bus operations, from additional safety to optimized parking or to improved on board customer services. Together we look forward to offering this new innovative solution to public transport authorities said EasyMile’s General Manager Benoit Perrin.

“As a manufacturer that has a long-standing commitment to the development of driver assistance systems, IVECO BUS is proud of the results of this level 4 autonomous bus project. The tests carried out validate, among other things, a speed of 40 km/h. They are a further and necessary, but not final, stage of the project that we will continue to progress with our partners. The vehicle's safety and management features now allow us to plan the next stage, namely, tests under operating conditions” declared Stéphane Espinasse, IVECO BUS Brand President.

EasyMile and IVECO BUS, together with Sector, Transpolis, ISAE-SUPAERO, Université Gustave Eiffel, Inria, and Michelin joined forces to develop the technology to automate the bus in 2017 as part of the STAR, Rapid Autonomous Transport System, project. The collaboration’s aim was to develop the first driverless, autonomous standard bus, capable of operating under conditions similar to real operation, with a prototype ready in 2021.

The project partners are now preparing their next step for the second half of the year - to operate the bus in a city under real conditions.

The development is subsidized by the French government through its FUI (Fonds Unique Interministériel) program.

Project partners and roles are:

The project is labelled and supported by CARA - European Cluster for Mobility Solutions, Aerospace Valley and NFI (Nouvelle France Industrielle).

The project is funded by the Occitanie region, Bpifrance the Auvergne-Rhône-Alpes region and Grand Lyon métropole.

EasyMile is a leader in software and complete solutions for driverless goods and passenger transport, and the number one provider of autonomous shuttles in the world.  It partners with blue-chip manufacturers to autonomize their vehicles with award-winning technology built on safety-by-design, ready for deployment today, with clear client benefits.

Since 2014, the company has become known for quality delivery and real-world deployments. EasyMile’s proven technology has driven autonomously in 300+ locations in more than 30 countries, over 800,000km.

With several mass operations around the world EasyMile was the first to deploy fully driverless at Level 4 of autonomous driving. It is also the first autonomous vehicle solutions provider to be ISO 9001:2015 certified.

EasyMile has more than 250 employees in five locations (Toulouse, Berlin, Denver, Singapore and Adelaide), doubling its headcount every 2 years.