Italy, European Champions, board a Magelys, the official coach of the Italian national football team provided by IVECO BUS to the FIGC 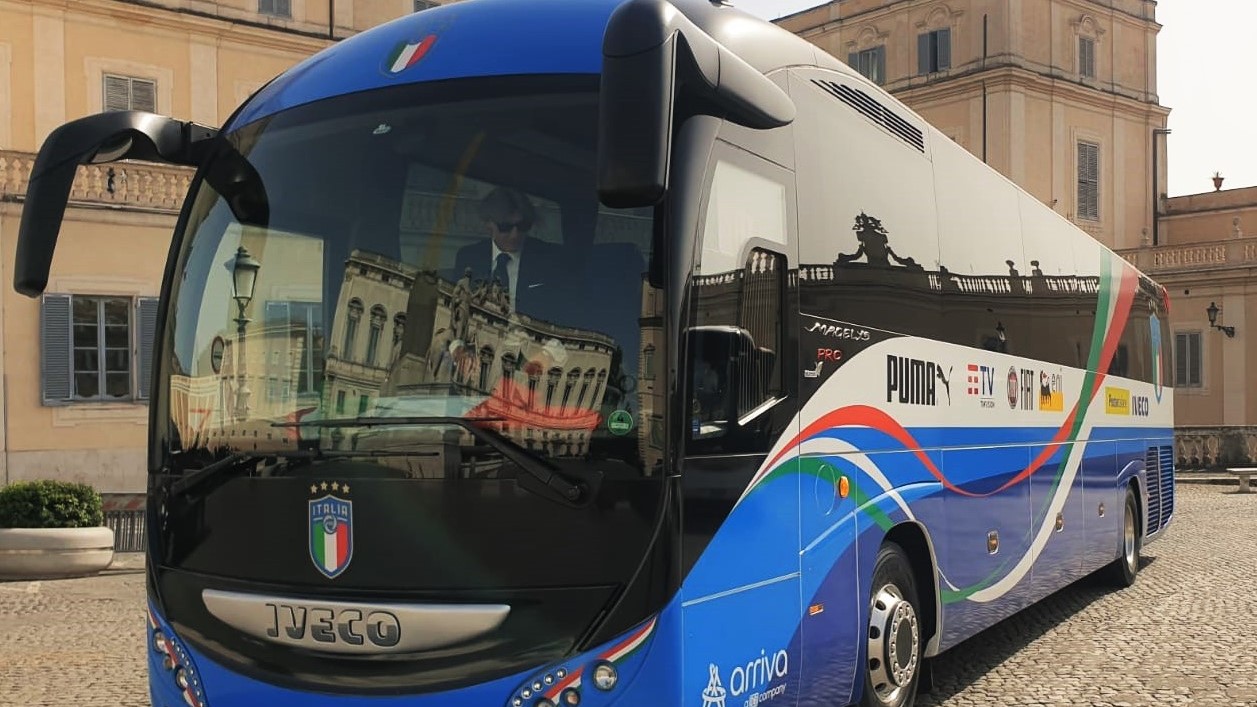 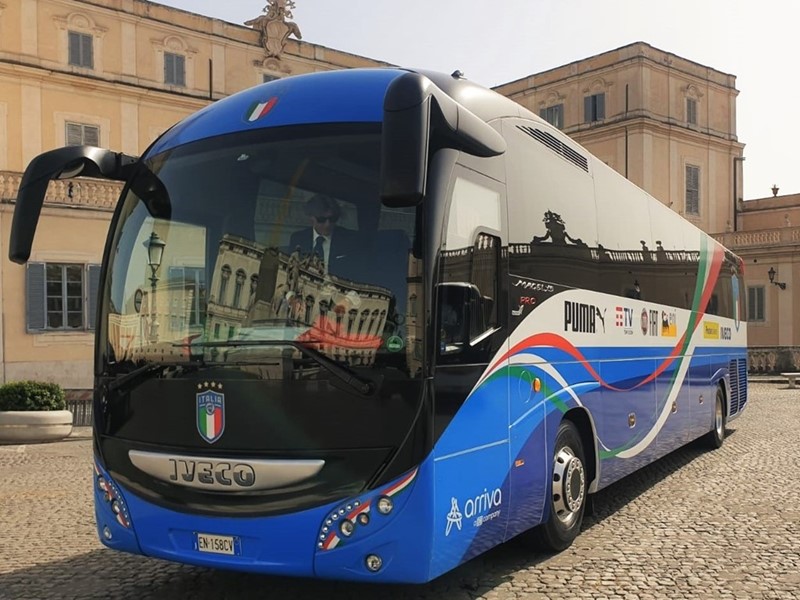 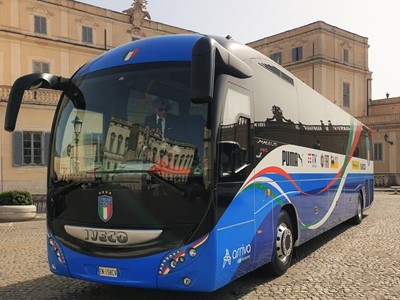 Italy, European Champions, board a Magelys, the official coach of the Italian national football team provided by IVECO BUS to the FIGC

After the victory at Wembley against England, the Italian national football team returned triumphant aboard a Magelys, the official coach that accompanied the Azzuri at the beginning of this extraordinary adventure. The coach provided by IVECO BUS to FIGC, the italian Football Federation, waited for the Italian players at their return from London, where they played and won the final of the European football championship that every four years establishces the strongest team in Europe.

The partnership between IVECO BUS and the FIGC dates back seven years and sees the brand supporting the Italian national football team with the supply of the vehicles for the transfers of the team and staff.

The coach transporting the winners is a 12.8-meter Magelys equipped with a 380 hp IVECO Cursor engine, and set up with 48 seats. Inside, the vehicle is equipped with all the comforts, including a latest generation audio-video system, satellite antenna, refrigerator, Wi-Fi and a 220-volt power socket for every two seats.

IVECO BUS, by transporting the team and its staff confirms its attachment to the world of sport, to its values and to the emotion that it arouses.