IVECO BUS celebrated a record production, with the 50,000th CROSSWAY, handed over to ÖBB Postbus 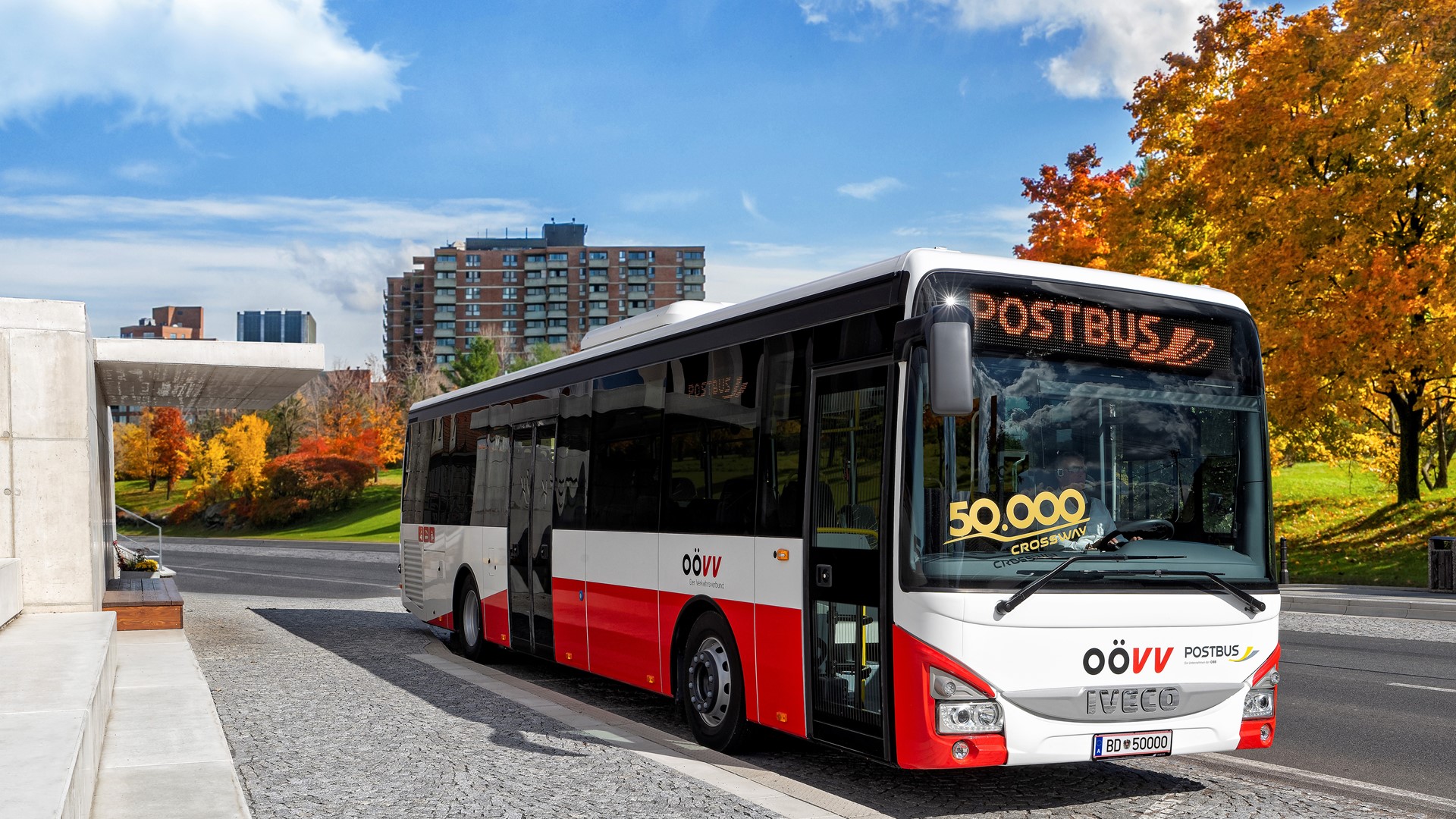 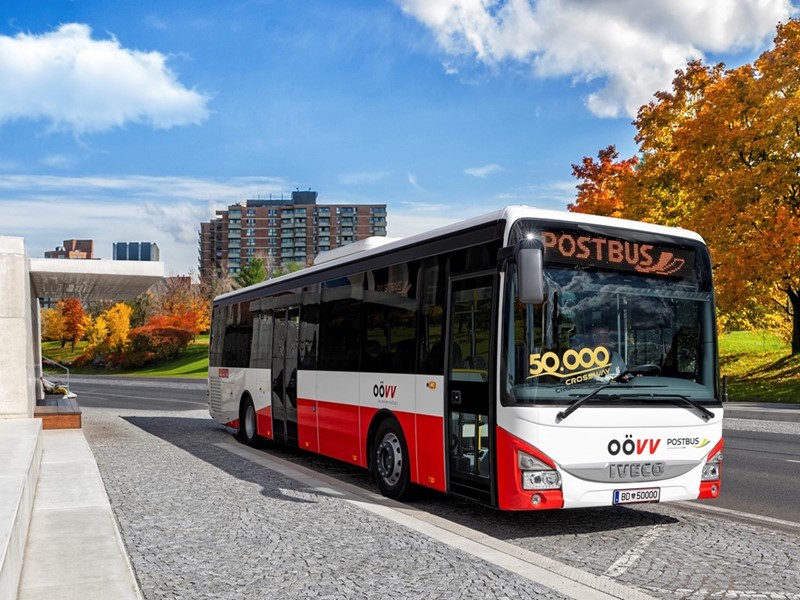 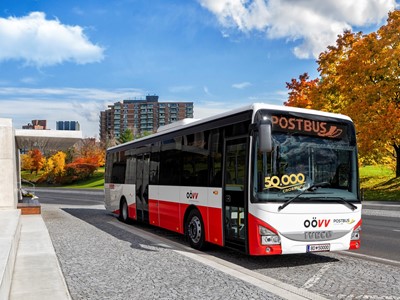 IVECO BUS celebrated a record production, with the 50,000th CROSSWAY, handed over to ÖBB Postbus

During the hand-over ceremony, which was held on September 30 at the Výsoké Mýto plant in Czech Republic, where the CROSSWAY range is produced, Sasha Kaehne, IVECO BUS Heavy Business Line Manager and Karel Zamastil, Plant Manager, gave the keys of the 50,000th CROSSWAY to the representatives of ÖBB Postbus Austria.

The 50,000th CROSSWAY delivered to ÖBB Postbus is part of the agreement signed in 2016 for the supply of over 200 CROSSWAY and CROSSWAY LE. It will be put into service in Linz in Austria, bringing the running fleet of ÖBB Postbus to nearly 1,300 units delivered, which constitutes the largest fleet in DACH and amongst the biggest in Europe.

The Line Low Entry CROSSWAY version selected by ÖBB Postbus can welcome
45 passengers onboard, who will have at their disposal among others, USB charging ports on each seat, air conditioning and internal TFT screen for a comfortable journey. Being 12 metres long, it is equipped with a 360 HP Cursor 9 Euro VI engine, whose exclusive patented HI-SCR technology without exhaust gas recirculation (EGR) achieves significant low emissions levels but also allows to reduce fuel consumption and maintenance costs.

In 15 years, the CROSSWAY has become the benchmark in the intercity segment. With its multiple variants (10.7, 12, 13 and 14.5 m), and its engines powered by diesel or biogas, the CROSSWAY range thus satisfies all customer needs, whatever the mission. Designed to combine operating profitability, versatility and performance, the CROSSWAY range is the ideal choice for transport companies.

Several times crowned, the CROSSWAY models have received numerous awards including the "International Bus & Coach Award 2017" and the "Sustainable Bus of the Year 2018" for its Low Entry version, in diesel and natural gas versions respectively and more recently the "Sustainable Bus of the Year 2020" and the "International Sustainability Award 2021" for its gas version.

Manufactured in Vysoke Myto plant (Czech Republic), the CROSSWAY range benefits from a long-lasting know-how in the production of intercity buses and coaches. With more than 3,800 employees, plus 1,700 subcontractors, it is one of the largest employers in Czech Republic and Eastern Europe, and Europe’s largest bus manufacturer, with more than 4 000 vehicles produced per year.

"We are particularly proud to celebrate the delivery of the 50,000th CROSSWAY to ÖBB Postbus, that we warmly thank for its continued trust in favour of our CROSSWAY” said Stéphane Espinasse, IVECO BUS Brand Leader. “This 50,000th CROSSWAY is a milestone in the history of the CROSSWAY which throughout the years has become, thanks to its versatility and proven reliability, the absolute best-seller in its market segment”. “