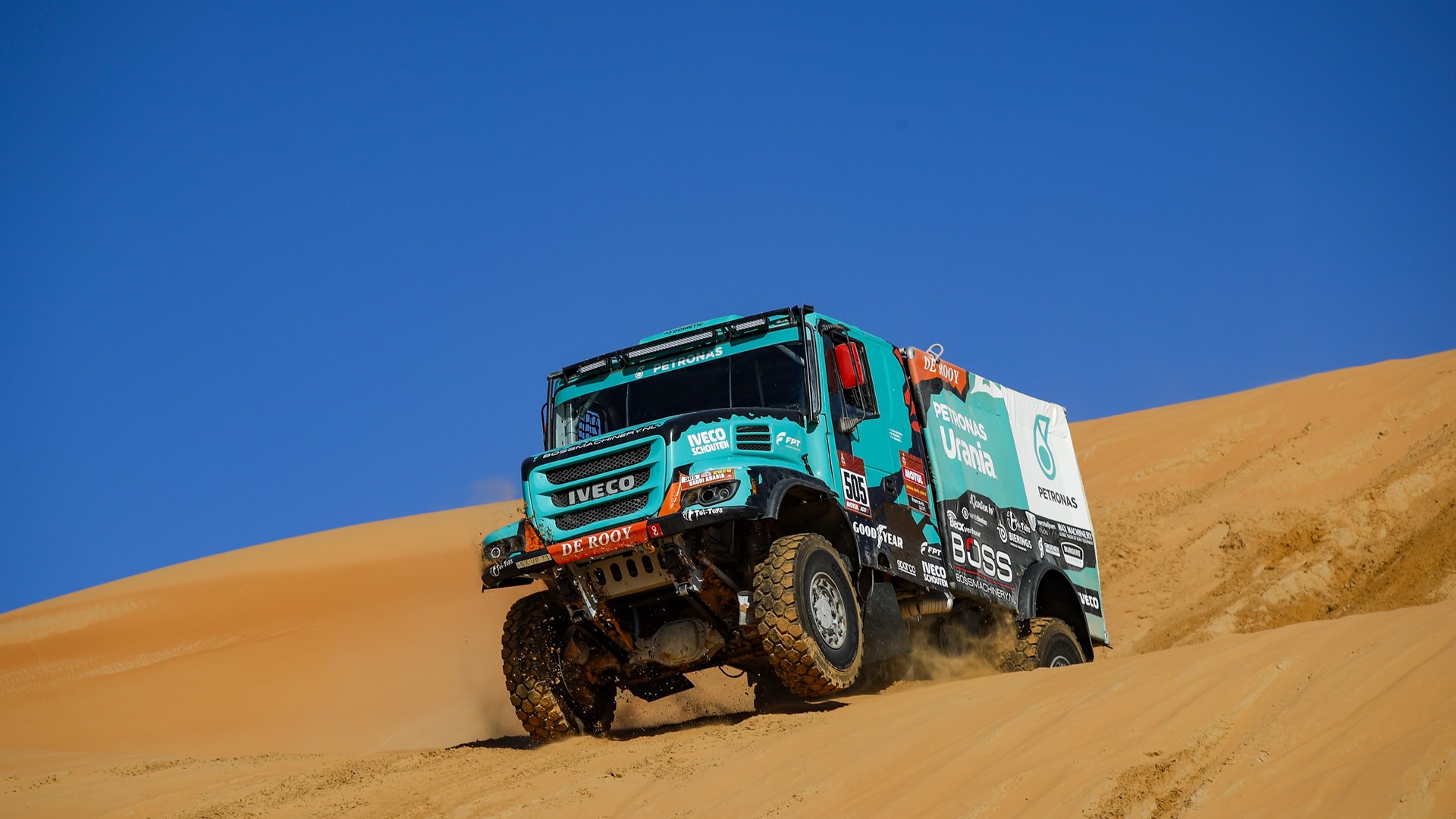 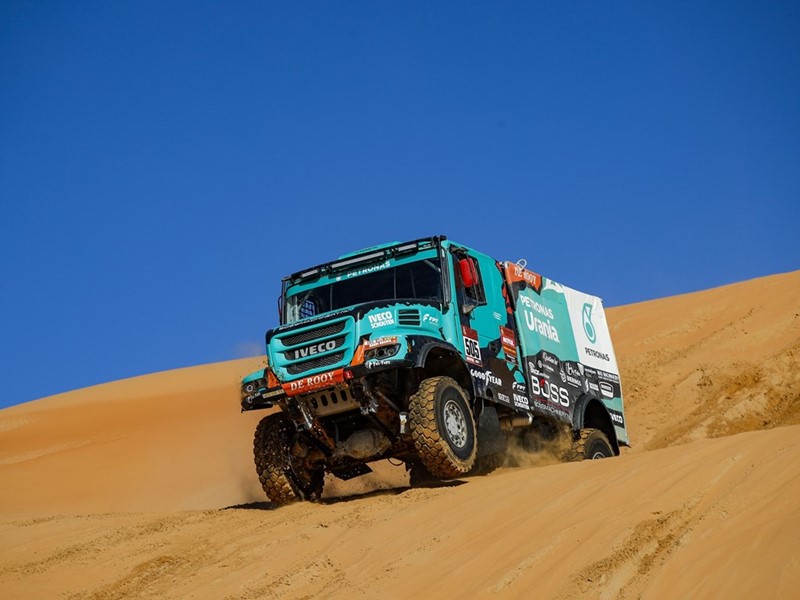 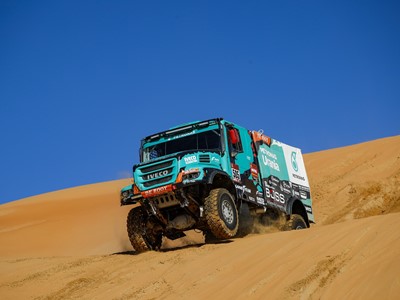 PETRONAS Team De Rooy IVECO will compete in the new edition of the Dakar Rally with two IVECO Powerstar trucks, which will be driven by Janus van Kasteren jr and Hans Stacey and an IVECO Trakker with Mitchel van den Brink behind the wheel.

The 2022 edition will mark the milestone of the 10th Dakar Rally race for the collaboration between IVECO, PETRONAS and Team De Rooy.

Preparations are underway for the PETRONAS Team De Rooy IVECO at the Dakar 2022, the world’s most extreme rally raid, which will take place for the third time in Saudi Arabia. IVECO’s history with the Dakar Rally race dates back to the very first edition, in 1979, when it started providing support trucks, and continued through the 80s with the PAC 260 and 190 models. The cooperation between IVECO, Petronas and De Rooy Team began at the Morocco Rally 2011, when IVECO won with a Trakker, kicking off an exciting journey that has led to two victories in 2012 and 2016 in the Dakar Rally.

The Team will drive on the extreme terrains of the race on board of two IVECO Powerstar and a Trakker. For the tenth year, IVECO will be the official supplier of the team and provide them with vehicles, engines and spare parts. All the IVECO trucks feature IVECO Cursor 13 engines with up to 1000 hp of power specially engineered by FPT Industrial. The new edition of the Dakar rally race returns to Saudi Arabia with a new route that will take drivers into new landscapes and across vast expanses of sand. The competitors will tackle all sorts of sandy terrain, on tracks and chains of dunes and canyons, and will need their best navigation skills to avoid losing their bearings in this challenging route. They will race over a total of 8,000 km, of which 4,300 km of Special Stages.

Alessandro Massimino, Head of Marketing and Product Management IVECO Truck Business Unit, stated: “The IVECO team is eager to return to the sandy tracks of Saudi Arabia, demonstrating once again the exceptional performance and reliability of IVECO trucks on the most extreme terrains. We will be competing with a Team which share IVECO’s fighting passion for competition, with the highly experienced Janus van Kasteren jr and Hans Stacey, and the young talent and enthusiasm of Mitchel van den Brink. This edition of the Dakar rally race is full of promise for our Team. We can’t wait for it to start and show what the teamwork between these pilots and our proven high-performance trucks is capable of!”

Domenico Ciaglia, PETRONAS Lubricants International Regional Managing Director EMEA, added: “PETRONAS Lubricants International (PLI) are looking forward to another year of putting our fluid technology to the test in the Dakar Rally. PETRONAS Urania premium engine oil, developed in co-engineering with IVECO and FPT Industrial, is specially formulated to withstand the gruelling conditions of the rally to deliver unparalleled performance, whilst ensuring engine protection and reliability. This year is extra special as it marks PLI’s decade long commitment to the rally as title sponsor and technical partner. We are proud to produce a quality engine oils that PETRONAS Team De Rooy IVECO can rely on time and time again.”

Janus van Kasteren jr is a rally driver, and will be competing in the Dakar rally for the third time behind the wheel of an IVECO Powerstar Evo (vehicle #504) with navigator Marcel Snijders and mechanic Darek Rodewald. He will aim to capitalise on the experience he gained in the previous editions, when he achieved several finishes in the top 10.

Hans Stacey competed in the Dakar rally for the first time in 2004. Today, he will compete on an IVECO Powerstar (#515) with navigator Anton van Limpt and mechanic Randy Smits.

Mitchel van den Brink made his racing debut at just 16 years old, when he joined his father Martin as a mechanic/navigator in Dakar 2019, when he was the youngest ever participant in the rally race. He returned to the Dakar rally as a driver in the 2021 edition. This year for the first time he will compete on an IVECO Trakker (#524) with navigator Rijk Mouw and mechanic Bert Donkelaar.

PETRONAS Lubricants International, for the tenth year, will be the title sponsor and technical partner providing the lubricant developed in co-engineering with IVECO and FPT Industrial, and recommended on our range of light and heavy-duty vehicles, as well as all the functional fluids such as the transmission oil PETRONAS TUTELA and any other product to support the rally trucks during the competition. The full team will use PETRONAS Urania premium engine oil, formulated with the advanced additive technology, specifically designed for total engine protection and reliability, enhanced efficiency and performance.