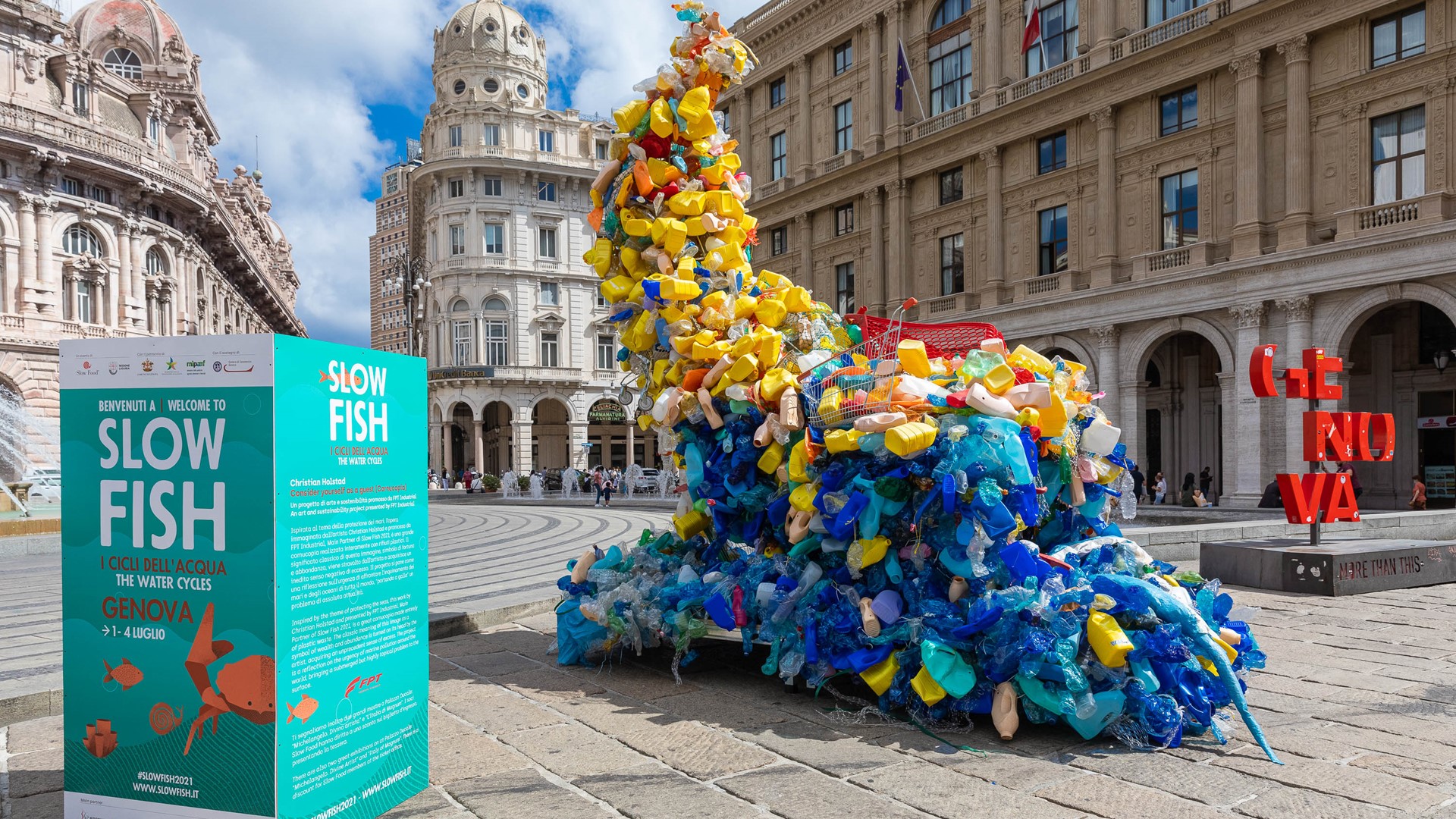 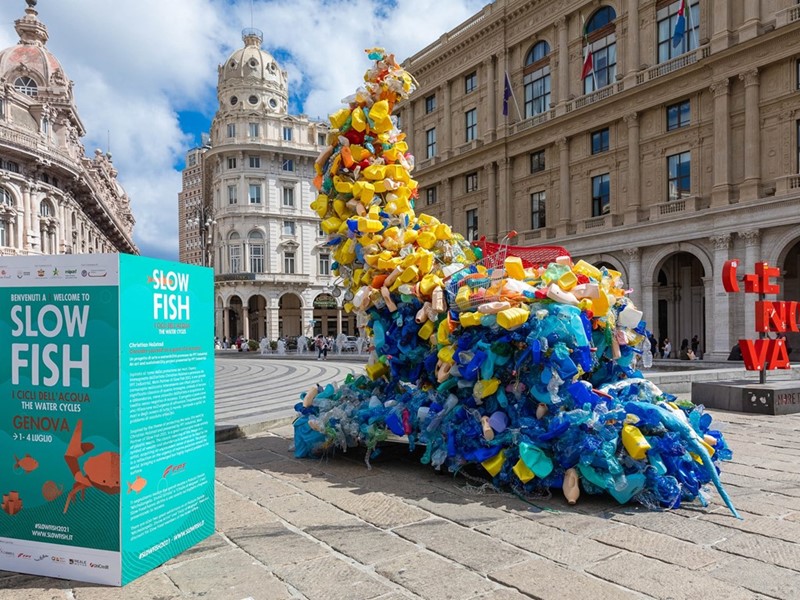 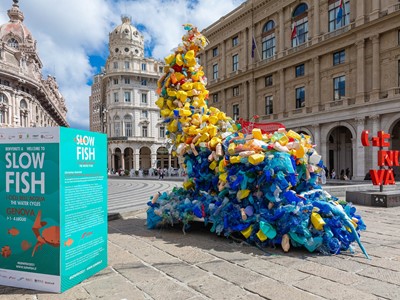 Consider yourself as a guest (Cornucopia) by the artist Christian Holstad,

an invitation to consider the importance of protecting the oceans and seas of the entire world.

FPT Industrial, brand of the CNH Industrial company and a leader in the industrial engine sector, confirms the great importance that it attaches to sustainability by becoming an official partner of Slow Fish 2021, a biennial cultural event dedicated to all aquatic ecosystems and their inhabitants, scheduled to take place in Genoa from Thursday, July 1 to Sunday, July 4, 2021.

In the framework of Slow Fish, FPT Industrial, which has always been active and had a specific commitment to caring for the sea – exactly due to the importance that marine engine production possesses for the company – will be introducing the sculpture Consider yourself as a guest (Cornucopia) designed by the American artist Christian Holstad (born in 1972 in Anaheim, California) in Piazza De Ferrari, in the heart of the city center.

This work of art, first introduced in 2019 at the Venice Biennale d’Arte and at Artissima in Turin, reproduces a large cornucopia, an ancient symbol of good fortune and abundance, completely made from plastic waste. The artist, whose work stands out for the particular attention that it pays to issues of consumption and its impact on the world, highlights the metaphor of this iconic image, which in this way, acquires an unprecedented negative meaning, that of “excess”. This project poses itself as a consideration of the urgent need to deal with the pollution of the seas of the entire world, literally “bringing to the surface” a problem that is absolutely timely and not leaving it hidden in the depths of the sea.

“A past neighbor had a sign on their door which read ‘Consider yourself as a guest’. I walked past it each day for years and it became an unintended mantra”, says Christian Holstad. “Our dependence on plastics is not sustainable. Its effects are swelling into continents in our waters.Consider yourself as a guest (Cornucopia)is a reflection of our impact on the planet and our consumptive roles within the growing plastic mass”.

Consider yourself as a guest (Cornucopia) falls within a broad program of initiatives supported by FPT Industrial that focus on various macro-areas of intervention, including support for projects and communities involved in safeguarding the ecosystem through the adoption and conservation of sustainable and fair fishing and processing methods. In fact, Christian Holstad's structure is linked to the project “Fishing for Plastic”, in which the company was a partner in 2019, which was devised in order to increase awareness for caring for the seas. This initiative included the involvement of 12 fishing boats from San Benedetto del Tronto, which, in a single day of work, “fished out” 358 kilos of garbage from the sea, showing how necessary it is to disseminate good practices on this subject.

For the entire duration of Slow Fish, the company will also be present at the Old Port of Genoa with its own stand, within which a marine propeller belonging to its brand is displayed

As a group that has now been heading the most prestigious international sustainability rankings for ten consecutive years,” states Daniela Ropolo, Head of Sustainable Development Initiatives at CNH Industrial, “we find it natural to support people and organizations that decide to make a difference in the area of environmental protection, making them the center of a virtuous circle of mindsets, lifestyles and consumption behaviors that is constantly expanding just like the circular ripples in water. The Slow Fish partnership forms part of a long-established association with Slow Food, which enables us to support organizations that promote sustainability on the ground, and make it their mission.”

“With our past projects, such as ‘Fishing for Plastic’, which removed three tonnes of plastic from the Adriatic coastlines, we’ve already proven how important the protection of the sea and its natural resources are to us,” states Egle Panzella, Sustainability Manager at FPT Industrial. “Being an Official Partner of Slow Fish is a privilege, and above all an opportunity to make new contacts that share our active commitment, and to give resonance to our sustainability vision. Through this partnership, we become part of an integrated project, in which every partner is actively committed to safeguarding the sea, the cradle of life on our planet, but unfortunately also the place where all the adverse consequences of incorrect behaviors inevitably become painfully clear.”

Christian Holstad was born in Anaheim, California in 1972; he lives and works in New York.