Biomethane arrives in Turin, with the first filling station to supply Bio-LNG and Bio-CNG in Northwest Italy 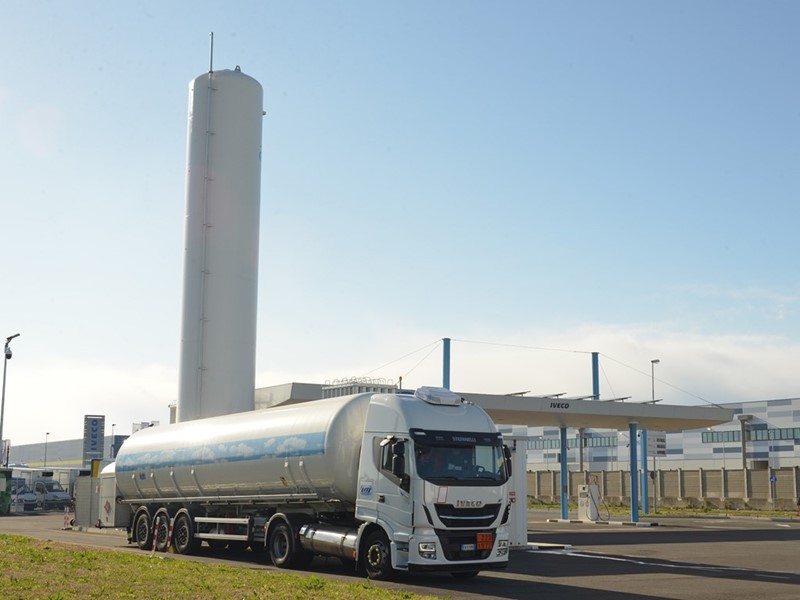 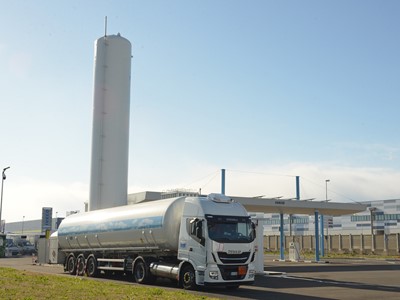 The filling station on Strada delle Cascinette, in Turin, Italy, opened a year ago as a result of IVECO’s collaboration  with  ENGIE  –  the  two  partners,  now  joined  by  VULCANGAS,  working  together  to decarbonise the transport sector.

Today, as it filled the tank of an IVECO S-WAY NP truck with bio-LNG, it became the first filling station in Northwest Italy to supply bio-methane.

The collaboration between IVECO, ENGIE, and VULCANGAS has reached an important milestone, just a year after the inauguration of the filling station on Strada delle Cascinette, in Turin: it has become today the first filling station in Northwest Italy to supply bio-methane (Bio- LNG and Bio-CNG), a 100% green fuel and made in Italy.

The bio-methane distributed at the filling station is produced at a plant located in the province of Lodi, where it is purified and liquefied. By supplying this renewable fuel, the station (registered with GSE, the company identified by the Italian Government to pursue and achieve environmental sustainability), becomes the last link of a 100% green energy supply chain.

Thomas Hilse, IVECO Brand President, stated: “Zero-emission transport is here. With the IVECO S- WAY NP, we have the technology to achieve it and, from today, here we also have the supply of bio- methane. The production and supply of this renewable fuel is growing fast, and more stations like this one will quickly come on stream. The process is accelerating and very soon in Italy we will be able to drive completely emission-free on LNG.”

Inaugurated in February 2020, the station covers a surface area of 5000 m2. It is located within the CNH Industrial manufacturing site on Strada delle Cascinette, in the strategic area to the east of Turin, at the intersection of the transport network (motorways and ring roads) and adjacent to the headquarters of IVECO ORECCHIA, the IVECO dealership serving the Province of Turin and the Aosta Valley.

The station is mainly dedicated to heavy-duty vehicles, and has two LNG (Liquefied Natural Gas) and four CNG (Compressed Natural Gas) dispensers, as well as a charging point for electric vehicles, powered by a photovoltaic system on the roof.

The first refuelling with bio-LNG in Piedmont – which was possible thanks to the active participation of the entire supply chain – was broadcast in video streaming to a virtual event attended by Fabrizio Buffa, IVECO  Italy  Market  Alternative  Propulsions  Manager,  Matthieu  Bonvoisin,  Director  of  the District Heating & Power Business Line at ENGIE Italia, and  Andrea Bosi, Key Account Manager Vulcangas. The IVECO S-WAY NP filled with bio-LNG at the station was a demonstration unit provided by IVECO ORECCHIA, and is available for customers to road test the 100% green fuel.

During the event, organised in collaboration with CIB - Consorzio Italiano Biogas (Italian Biogas Consortium), the three partners took part in a webinar which, under the title “The energy transition continues: The first step is bio-methane”, focused on the future of this renewable fuel – and Bio- LNG in particular – and the development of new strategies aimed at improving the sustainability of transportation.