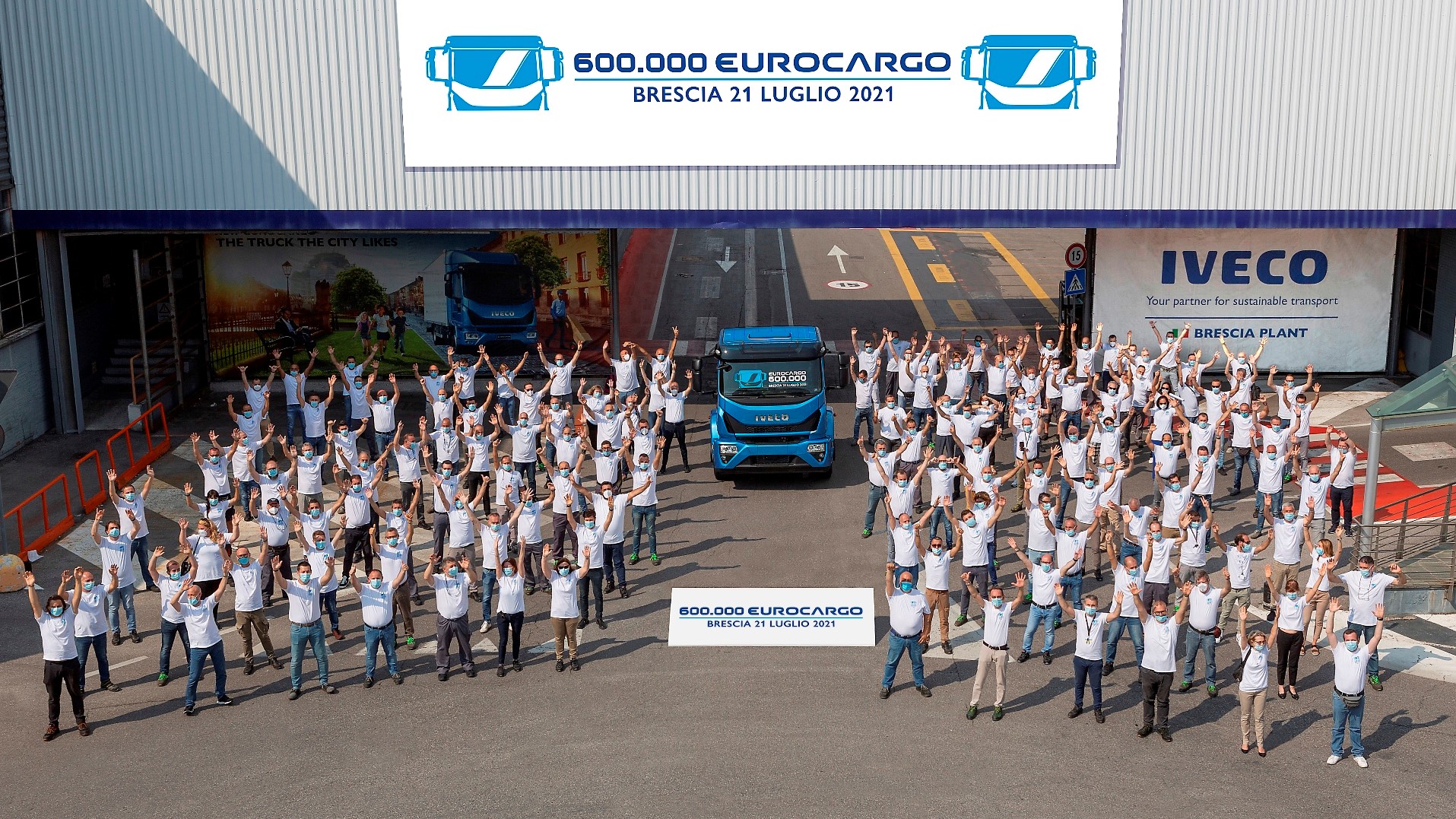 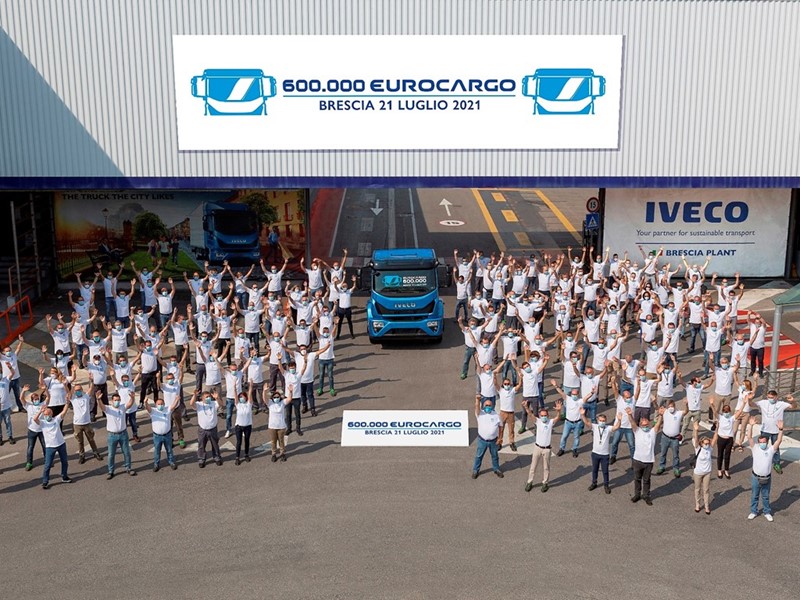 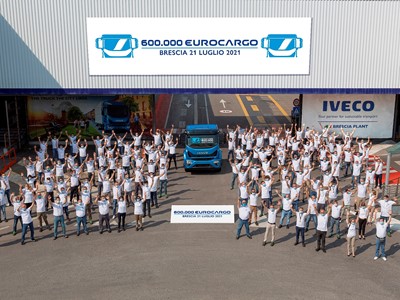 The milestone in the history of the Eurocargo is an achievement made possible by the work of all those who, throughout the years, have contributed to establishing this vehicle as a leader in its market in Europe


IVECO celebrates the 600,000th Eurocargo produced at the Brescia plant, an iconic production site for the brand that has played a key role in every generation of this vehicle, whose glorious past goes hand-in-hand with constant, forward-looking innovation. The Brescia plant has always been the heart of production operations for the Eurocargo, thanks to the commitment and passion that its workforce of around 1600 employees dedicate to their jobs.

Says Brescia plant director Marco Colonna: “It is with great pride that we are celebrating the production of the 600,000th Eurocargo, whose fourth generation has been enjoying a continued success for many years. This milestone vehicle could not be powered by anything else but compressed natural gas (CNG), a tangible reaffirmation of IVECO's constant commitment to sustainable mobility. Launched in 1991, the Bertone-designed Eurocargo was conceived to be one of the most innovative industrial vehicles on the market - as reflected in its remarkable sales success - with a modular cab platform allowing extensive scope for vehicle customisation without driving up costs. The significant history that lies behind us now guides us on a path of continuous improvement and innovation which, over the coming years, will see our vehicles evolve to become greener than ever.”

A pioneer in sustainability, IVECO is engaged every single day in actively reducing CO2 emissions with its alternative energy vehicles, which offer the ideal solution for the energy transition of the transport industry. Natural gas benefits both the environment and the economy, as it is the most effective solution available today for the needs of tomorrow. Natural gas-powered Eurocargo models are also extremely quiet, making them ideally suited to all urban missions.

The Brescia-based team works in synergy in every phase of production, from assembly of the chassis to cab bodywork, painting and installation of the transmission, to fitment of the interior trim, all the way to final inspection. The factory also produces special versions for military applications and firefighting.

This flexibility is made possible by teamwork and by the 'World Class Manufacturing' integrated production system, which was introduced in 2007 with the goal of achieving zero defects, inefficiencies, waste and accidents. This gives the Eurocargo an edge, not only for its design, but also for its performance.

The origins of the plant date back to 1903, when Roberto Züst founded Fabbrica Automobili, a company that went on to become Officine Meccaniche (OM) in 1928 and was acquired by Fiat in 1968. After initially manufacturing cars (including race cars), OM moved to the agricultural sector and then on to industrial vehicles. In 1975, OM was among the “founding partners” of the new-born company IVECO. In 1991, the factory was chosen as the site where production of the new Eurocargo would begin. The plant thus became the "home" of this model, and went on to play a key role in plotting the roadmap towards high-tech, sustainable vehicles. The plant itself is committed to safeguarding the environment and sustainability, and over the next few months, approximately 20,000 m² of solar panels will be installed at the site, cutting CO emissions by 1300 tonnes per year.